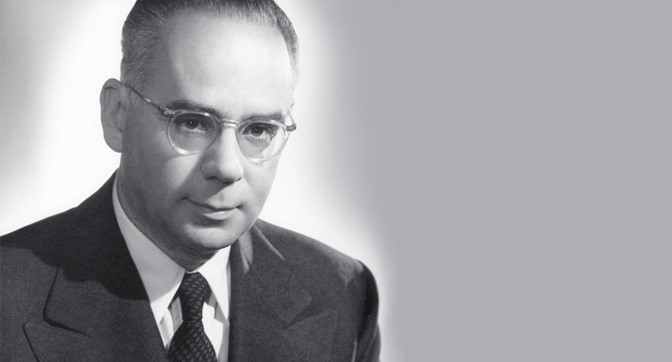 George R. Vergottis was born in 1893 in the village of Kourkoumelata, Kefalonia - the fifth of eight surviving children of Rokos Vergottis and Eutyhia Kornellou.  He completed his high-school studies at the Commercial School of Halki (Constantinople) and then pursued higher studies at the Haute Ecole de Commerce in Marseilles.

After his studies, he entered into the shipping business that had been started by his father Rokos in 1886.  During the First World War, he took over the management of the "Vergottis Ltd" office in Cardiff from his brother Panaghis.  Following the death of his brother Gerasimos in 1921 and together with his brothers, he bought four cargo ships which were lost during the Second World War. In the late 1930s he had relocated his shipping business to New York.  At the end of the war he bought three Liberty ships to restart his personal shipping business.  In the early 1950s he embarked on an extensive newbuilding program in Japan which lasted through to the second half of the 60's.

Despite spending most of his life outside of Greece, his love of Kefalonia never waned. This became fully apparent through an outpouring of philanthropic support following the devastating earthquake of 1953.  It was this work that prompted the Athens Academy in 1964 to award him a Gold Medal and name him "National Benefactor" for his "distinguished and manifold activities, especially in his native Kefalonia, constituting a rare example of generosity and humanity".

George R. Vergottis died in August of 1965 in London, on his way to Kefalonia, to his final resting place in his native Kourkoumelata.