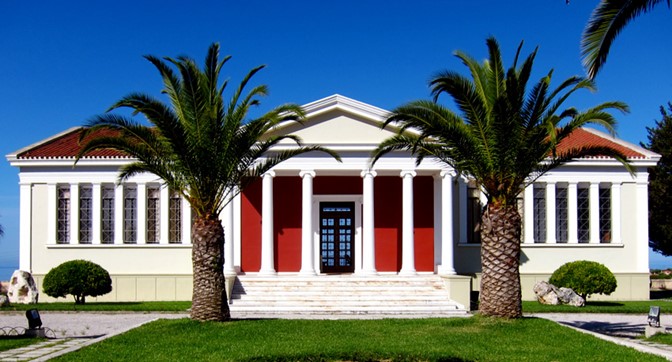 In mid-August 1953, a series of 113 earthquakes occurred in the area around Kefalonia, with the seismic activity culminating in four large earthquakes whose epicenter was practically right under the island: 6.4Richter on August 9, 6.8Richter on August 11, and 7.2 Richter and 6.3Richter on August 12. The 7.2 Richter earthquake was the most damaging, destroying 80% of the buildings on the island, and emitting such force that it permanently raised Kefalonia by 60cms. The forewarning of the previous series of quakes and the fact that this largest quake occurred around noon meant that only 450 lives were lost. The surviving population, however, was severely traumatized by this experience and the vast majority of the 85,000 inhabitants were left destitute.

The vast human tragedy to his native island generated a response full of generosity and compassion by George R. Vergottis.  For his philanthropic activity, the National Academy of Athens honoured him in 1964 by awarding him the Gold Medal.  He was also honoured posthumously in May 2011 by the Greek Shipowners Association.

In memoriam, we provide a summary of the major elements of George R. Vergottis' philanthropy hoping to remain an example for future citizens: Reconstruction of the Village of Kourkoumelata, Financial Aid to Other Communities, Legacies - Endowments.